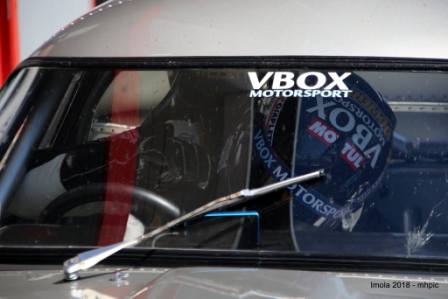 Imola Racing 3 Cars In The Sun

Finally, the 2018 season kicked off and we were en route to Imola in northern Italy. Having heard much and only ever tested a modern Lamborghini GT3 car there but never raced there it was a rare treat in prospect to learn and experience a new track.

Although we had three cars to drive, Friday’s test sessions were only 20 minutes long so splitting them was going to leave us with very few laps to acquaint ourselves with the track and the new Chevron. There were loads of cars there too, so the track was very crowded. Inevitably, red flags stymied progress with an out/in for the Jag, 4 flying laps in the Chevron and 3 laps in the Falcon!!

Not a huge amount to be learned from the VBox data but still great to drive the track and have something to think about!

The weather was fantastic especially after our dismal ‘Spring’ in the UK. Saturday was going to be hot at 27C and we were going to be busy. Three qualifying sessions and the Falcon race, some of the sessions back to back.

As usual, Julian went first and set a blistering pace in the Falcon. We had not expected it to be competitive but it was absolutely fantastic around the varied and exciting sweeps and swoops of Imola. I jumped in and had a real go at pole, fighting with another, very quick Falcon. In the end, I had a bit of a wobble on my fastest lap and we were P2 by 2 tenths. A good fight was in prospect!

Next up was the Chevron and again Julian was flying this time putting us P2 in class. I had never driven the car so used the laps to get settled in.

Finally, the Jaguar session came. All E Types had been given a 6,500-rev limit which really made us uncompetitive against the Cobras and Ferrari 250 GTO. However, we ended up P6 despite the brakes getting a bit hot.

As the sun dropped in the early evening sky Julian lined up for the Masters Pre’66 Touring Car race in the Falcon. This car is a heap of fun around any track but it suited Imola really well.

Off they went, and a battle royal commenced with Julian holding P2 just behind the leader. A relatively early safety car period signalled the pit stop. Unfortunately, just as I was signalled to pull away another car pulled up and blocked us in. This resulted in 14 seconds lost and when I got on track we were 10 seconds off the leader in P4. What could have been, but later developments rendered that unimportant!!

The safety car period ended and we were racing. I had another Falcon just ahead of me and was catching it quite quickly. On the third lap on the main straight at about 135 mph suddenly the steering wheel came off in my hands!! This was what I term an exciting moment!! Very fortunately it slotted back on and I continued chasing the car in front. Soon passing it but with the steering wheel detaching several times, I gave chase to the Mustang in P2 ahead. Sliding down the inside into Rivazza I was into P2 but the leader had made his escape.

Then disaster struck and I was going backwards into the gravel caught out by unsignalled oil in the braking area into Tamburello. Allowing the car to roll I avoided it digging in and managed to drive back out and give chase again, back in P4!!

Chasing hard, I got back to P3 and closed down the car in front. I was lining up the overtake but unfortunately, the steering wheel came off at a very inopportune moment (as if there would be a good one!!) and I shot off the track and into the gravel. This all happened very quickly but I was able to get the wheel back on in time, missing the barriers by inches and got back onto the track back in P4 again!!

Once again I gave chase, being aware I was running out of laps. I caught P3 and went down the inside into Rivazza again to claim the last podium spot and fastest race lap!

Sunday was hot again and our races were back to back. First up was 60 minutes in the FIA Masters Endurance Championship in the Chevron. There is a new rule in this series that bans overtaking until a specified corner on the first lap. After that, Julian set off in hot pursuit and was climbing up the order with every lap. We were a little unsure if we could finish the race due to a fuel problem so we decided to give it our best and see what happened.

Another safety car period signalled the pit stop and all went well. I emerged from the pits behind 2 Lola T70s, still under full course yellows.

Then the green flag waved and I got a fantastic tow from the Lolas helping me to pass another Chevron B8 just as it emerged from the pits. Pushing hard good progress was made and then another safety car. This was good for us as we could save fuel and hopefully make the finish. Cars were spinning and having moments all around the track and I lost count of the cars passed but saw on my pit board P5 overall but there were some fast class 1 cars behind so I couldn’t let up.

Again the safety car came out and I went into fuel-saving mode. With 10 minutes to go, it went green and I was keeping my fingers crossed.

Going onto the last lap the car spluttered and then picked up… Three more times on the last lap but we made the flag and P2/4 was ours as a car ahead was disqualified.

As I was getting out of the Chevron Julian was lined up for the 90-minute Master’s Gentlemen Drivers race for the Jaguar.

A great start saw Julian hold station and then move up to P5. We were struggling a bit with pace and brakes due to the rev limit and very hot conditions but nevertheless Julian made it to the pit window and I was off. He had warned me to pump the brakes and this made it quite busy in the cockpit as it needed 8 or 10 pumps running up to each corner. Still, the stunning looking Jaguar made it to the finish, with cars chasing hard, in P3 for our third podium of the weekend.

A massive thank you to Jade and Julian, Jeremy, the whole crew at Denis Welch Motorsport and the Master’s team for a truly amazing weekend at Imola. All the photos are courtesy of Marvin Hall Photography

Next, up is the Donington Historic Festival racing the Falcon and Chevron B8. Can’t wait!!