Win With A Daytona Cobra

After a long winter, the season opened at a wonderfully sunny but cold Paul Ricard Circuit in Southern France. Neither Julian nor I raced here before. We were extremely excited about the debut of his new race car, the fabulous Daytona Cobra. Also on the menu were the Ford Falcon and the Chevron B8 with which we won the 2018 FIA Masters Historic Sportscar Championship.

Friday saw us out on track with 2 cars in the same session. I was piloting the amazing Falcon and Julian set off in the Daytona Cobra for his first laps of the massively impressive Paul Ricard Circuit (apparently for sale with 2 hotels and the airport for a mere £400 million!). After his shakedown test at Estoril Julian was immediately on the pace in the Daytona. 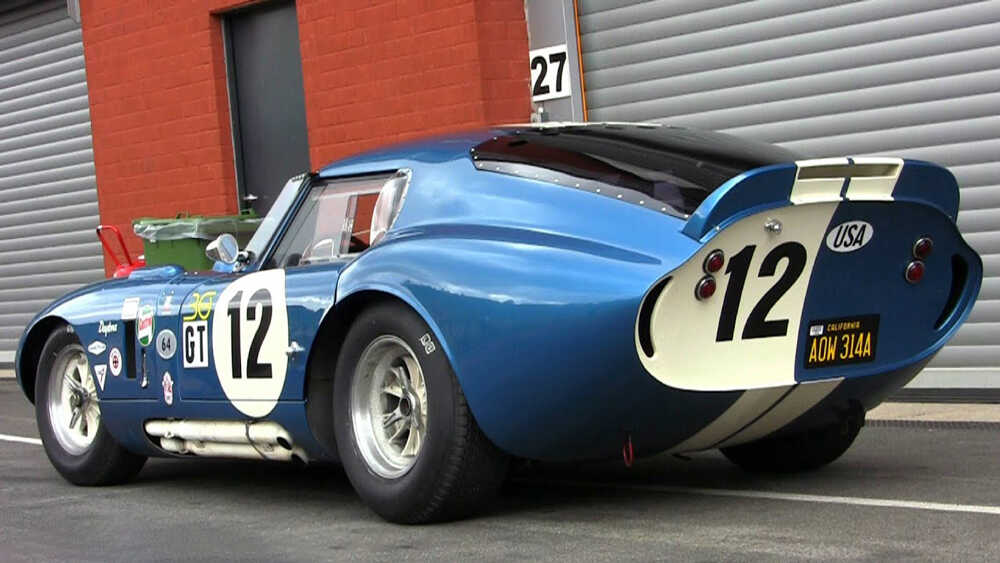 I was enjoying the sideways motoring of the Falcon, learning the track and scrubbing in tyres. Then mid-session we swapped over and I had 2 flying laps in the Cobra. Into the 2 min 29s straight away, my in-lap was 2 seconds up until I pitted to fit new tyres, again for scrubbing. Wow! This car is a beast!!

The final session was in the Chevron B8 and although we were on the pace it was a bit wild as we were struggling a bit to find a good balance in the car. As it happened it did not matter…

Saturday was qualifying day and first up was the Falcon. Another team had brought out a beautifully built Mustang which we knew had exactly the same engine but was able to run significantly lighter. This was going to be interesting.  Julian went first and set a blistering pace good for P1 until the Mustang pipped him later in his session. I jumped in and narrowed the gap but we were still in P2 for the first race. A good place to start and we felt that it would be hard but the win was possible.

Next up was the Chevron and again we put it P2 in class on the grid. Again we felt we had the race long pace for this one too. Then it was the big one and Julian roared out of the pits in the Daytona Cobra. Within a few laps, he had set an amazing pole lap, about 4 seconds ahead of the field, which was never topped.

On to Sunday and the races. We were first out in the Falcon with Julian taking the start as normal. What a stint!

A three-way battle with the Mustang and another Falcon was amazing to watch and the lead must have changed 10 times in the first stint! Then I jumped in and found myself on my own with no one to play with!! And so it continued, Julian had done all the hard work so I just had to bring it home. I had a go at the fastest lap and managed a 2 min 37, 3 laps from the end.

After lunch came the Sportscar race. We felt we had the race pace between us to do well and as usual, Julian set a great pace dicing for the lead and taking it in the first couple of laps. Unfortunately, a gear problem reared its head and we were out. After the enormous high of the first race were we a little disappointed. With no time to dwell, we were straight on to the next race and this was the big one as the car was brand new. We have been trying to win a Gentlemen Drivers race for some time so we felt maybe a little more excited than usual!

Julian blasted away into the lead off the start, beating the overall pole-sitting GT40 (not in our race) and set such a blistering pace he was 8 seconds ahead after the first lap. The car looked fantastic, sounded gorgeous and went like a missile. Lap after lap he pulled away, setting the fastest lap, and soon we were well over 20 seconds ahead. This was important as our pit stop is 20 seconds longer than the smaller capacity cars. Things were looking good!

Handing over to me at half distance, I shot out of the pits to resume where he left off. First time round I saw I was 54 seconds up and moving away at around 5 seconds a lap. Shortly after a Ford GT 40 (competing at the same time but in another group of cars which would only race for 50 minutes compared to our 90 mins) came past me and promptly blew up covering the track in oil. I had a massive moment but all was well for the rest of the race, albeit slower due to the spillage.

And so the race ran out, with a winning margin of over a lap and we were absolutely thrilled. Win, fastest lap and pole on the car’s debut – it doesn’t get better than that!

As ever a huge thank you to Julian and Jade for a fabulous weekend and to both teams, Denis Welch Motorsport and Wolf Engineering for providing us with winning cars.