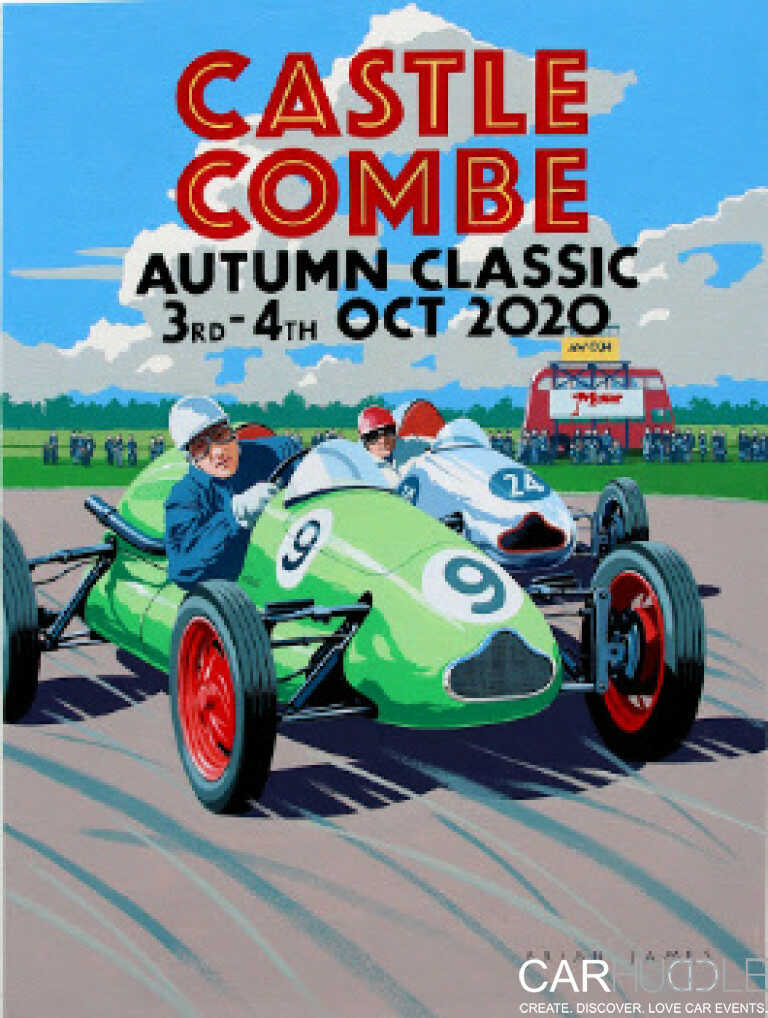 Racing In A Morgan SLR

I think the whole country was wet on Saturday and Castle Combe was no exception. Qualifying was wet and I was in Simon and Kate Orebi Gann’s beautiful Morgan SLR again. Going out of the pit lane the wheels were already spinning and in the streaming wet we were into opposite-lock over puddles on the straights!

Standing water offline was very tricky and if by mistake or design one went onto it there was instant aquaplaning and a struggle to keep off the grass. Managing to find a reasonably clear lap with 38 cars on track was hard but in between, I managed to put the car on class pole about 5 seconds ahead of our next competitor and 11th overall.

As many people know I love racing in the wet and coming from Scotland, so I should!! The race was 90 minutes long with a mandatory maximum time in-car of 40 minutes so two pit stops were required. Also, the owner of the car must start so Simon was in the hot (wet) seat. In even wetter conditions than for qualifying, off he set in a ball of spray at the front of the midfield. Inevitably, quicker drivers in cars behind us gathered their skirts up and slipped and slithered by, but importantly Simon was holding on well.

A quick Healey passed us for P1 and pulled away at a steady rate. However, this is all about driver combinations and with a very long race, all was still to fight for. Simon pitted in P2 at 30 minutes and I jumped in. Giving it my all, it was a mixture of fantastic off power and power slides with some very scary moments passing slower cars off-line in standing water.

One such was a maximum speed on the exit of Folly. Going around the outside of a slower car I put the wheels onto standing water and immediate aquaplane was the result at about 120 mph! Sliding towards the grass was a sobering moment and as the left-hand wheels went on the grass I was preparing for a major ‘moment’. However, with appropriate expletives directed at myself, I managed to hold on, overtake the other car and disappear over the summit of Avon Rise. Phew, I didn’t need any more of those!

It was so slippery and wet that even a slightly rough gear change would put you into a slide down the straights. So fingertip driving was the order of the day along with extreme concentration.

From half, a lap down the team told me I had lapped the entire class field twice by the end of my 40-minute stint and gone faster than in qualifying. I was satisfied with my bit and now Simon was back in to take us to the flag. With a bit in hand, he could cruise at a good speed and keeping things safe and we came out the winners at the end of one of the wettest races I have ever done.

To cap off a superb race we had achieved the full house of pole, fastest lap and race win. Huge thanks to Simon, Kate and Jamie on the spanners for a faultless days racing.

View all of Calum’s upcoming track day events with www.goldtrack.co.uk